Subacute rumen acidosis (SARA) is a prevalent problem for dairy herds (Cook et al., 2004; Nordlund et al., 2004), as characterized by having more than 25% of cows sampled via rumenocentesis four to eight hours after a total mixed ration (TMR) meal with ruminal pH less than 5.5 (Nordlund et al., 2004). Ruminal pH is largely a function of the balance between the production of volatile fatty acids (VFA) from the fermentation of carbohydrates, their neutralization by salivary and dietary buffers, and their removal by absorption across the rumen wall or passage from the rumen (Allen, 1997). SARA is caused by the consumption of high amounts of ruminally available carbohydrates, low amounts of effective fiber, or both (Nocek, 1997). Laminitis, an aseptic inflammation of the dermal layers inside the hoof and a major source of lameness for dairy herds, has been linked to SARA (Nocek, 1997; Cook et al., 2004; Nordlund et al., 2004; Stone, 2004).

Despite diet formulation guidelines for neutral detergent fiber (NDF) from forage, total NDF and nonfiber carbohydrate (NFC; Dairy NRC, 2001; Stone, 2004), physically effective NDF (peNDF; Mertens, 1997; Stone, 2004), and starch (Nocek, 1997), along with the feeding of TMR, some degree of SARA may be inevitable in high-producing dairy herds because chewing time, and as a consequence salivary buffer flow, decline per unit of rumen-fermentable organic matter (RFOM) intake or VFA production as RFOM intake increases (Figures 1 and 2; Shaver, 2002).

An increased intake of RFOM as milk production increases is a normal consequence of high milk production because of increases in dry matter intake (DMI) and the feeding of higher concentrate diets to increase dietary energy density (Dairy NRC, 2001). Further, bunk management and cow comfort have been implicated as risk factors for SARA and laminitis in dairy herds (Shaver, 2002; Cook et al., 2004; Stone, 2004). The discussion highlights the challenges that we face in our efforts to minimize SARA and laminitis in today’s dairy herds, and underscores that the margin for error in our feeding programs is small.

Lead feeding, the practice of increasing the proportion of concentrate in the TMR during the last few weeks prior to calving, has become common practice. Intake of either excessive or minimal amounts of concentrate during the close-up dry period may increase the risk of SARA. Excessive lead feeding is probably not a common risk factor for SARA because low DMI during the transition period (Bertics et al., 1992) would reduce the rate and extent of post-TMR meal decline in ruminal pH, and herd managers tend to be relatively conservative with concentrate amounts for dry cows. Minimal lead feeding may increase the risk of SARA through failure to increase the VFA absorptive capacity of the ruminal papillae (Dirksen et al., 1985) and adapt the ruminal microbial population to starch during the close-up dry period prior to the feeding of high-energy (starch) milking cow diets. Further, fresh-cow transition diets and the relative composition of close-up dry-cow versus fresh-cow transition diets may influence the risk of SARA. Cook et al. (2004) suggested that transition cows may be at an increased risk of developing laminitis following a SARA trigger.

Mishra et al. (1970) reported lower ruminal pH for dairy cows in hot-humid (85°C and 85% relative humidity) than cool (65°C and 50% relative humidity ) environments when fed either high-roughage (35% grain; pH of 6.1 vs. 6.4) or high-grain (65% grain; pH of 5.6 vs. 6.1) diets, possibly because of decreased rumination activity (Collier et al., 1982) and increased slug feeding (Mallonee et al., 1985) during heat stress. Leonardi and Armentano (2003) reported extensive sorting away from long TMR particles, and this feeding behavior may increase during heat stress as cows attempt to reduce metabolic heat production by selecting away from forage toward concentrate (McDowell, 1972). Stone (2004) recommended that dietary peNDF content be increased and NFC content decreased during heat stress to reduce the risk of SARA. Heat stress limits the amount of time cows spend in stalls, which may increase risk of laminitis (Cook et al., 2004) since laminitis increased in cows that spent more time standing on concrete rather than lying in stalls (Colam-Ainsworth et al., 1989). Managing facilities to optimize cow comfort and minimize heat stress is an important component of laminitis prevention.

There are several feed additives available for use in dairy cattle diets that may minimize SARA and/or laminitis.

Rumensin® (monensin sodium) supplementation of dairy cattle diets for increased milk production efficiency was approved recently (FDA-CVM, 2004). Subclinical ketosis was reduced in transition cows treated with a monensin controlled-release capsule (Green et al., 1999). Monensin has been used to prevent lactic acidosis in cattle (Nagaraja et al., 1981), and monensin reduced lactic acid concentrations in vitro through inhibition of the lactic acid producer Streptococcos bovis (Nagaraja et al., 1987), which suggests that monensin may have a role in attenuation of SARA and laminitis.

Extensive variation in DM, NEL and NDF concentrations found within bunker silos is presented in Table 2 (Stone, 2004). This emphasizes the importance of meticulous face management with careful use of loader buckets or face shavers to minimize batch-to-batch variation and for obtaining samples representative of what is being fed. Abruptly switching between silo bags can cause wide swings in nutrient delivery. Errors in nutrient delivery can occur because of failure to routinely determine the DM content of wet forages for adjustment of rations to maintain correct and consistent DM proportions of forage to concentrate. This becomes especially important after periods of heavy rainfall. To ensure consistent and accurate nutrient delivery and minimize SARA, effort should be made to assess and control these sources of error.

Mertens (1997) provided a minimum dietary peNDF guideline of 22% (DM basis). Particle size influences peNDF (Mertens, 1997). Mixing the TMR for too long a period of time reduces particle size of the batch mix and was common in high-incidence laminitis herds (Possin et al., 1995). Leonardi and Armentano (2003) reported extensive sorting away from long TMR particles, which can reduce the peNDF content of the diet consumed relative to the TMR mixed, depending on the proportion of long TMR particles, degree of sorting away from long particles, and the weigh-back proportion. Procedures are available to evaluate forage, TMR, and weigh-back particle size distributions in commercial testing laboratories (ANSI, 1988) or on the dairy (Lammers et al., 1996; Kononoff et al., 2003) to obtain a more accurate assessment of peNDF content of the diet consumed.

The guideline provided by Nocek (1997) for ruminal starch degradability was 60 to 70% of total dietary starch. However, analytical procedures for determining ruminal starch degradability of grains, corn, or small-grain silages, or of TMR have generally been unavailable in commercial feed-testing laboratories. Blasel et al. (2005) reported on a laboratory method that provides an index of degree of starch availability (DSA) and ranked samples of corn grain appropriately for differences in particle size, DM content, and vitreousness. Data from corn silage and TMR samples are limited. Research and field experience with DSA as a nutritional diagnostic tool is needed to determine its usefulness for minimizing SARA and laminitis.

SARA may or may not result in an increased incidence of laminitis. Environmental factors that influence lying and standing behavior may worsen laminitis-related hoof lesions triggered by SARA (Cook et al., 2004). Nordlund (2000) reported on the diagnosis of SARA without a high corresponding incidence of laminitis in three grazing herds, and attributed this to the fact that the cows were on dirt rather than concrete. Colam-Ainsworth et al. (1989) reported increased laminitis in cows that spent more time standing on concrete rather than lying in stalls. Comparing his findings in grazing herds to diagnostic workups done in confined herds, Nordlund (2000) suggested that the degree of SARA needed to trigger laminitis is greater for cows on dirt than for cows with significant exposure to concrete. Cow comfort and her environment must be evaluated when attempting to minimize laminitis in dairy herds. 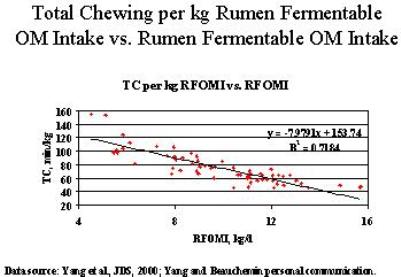 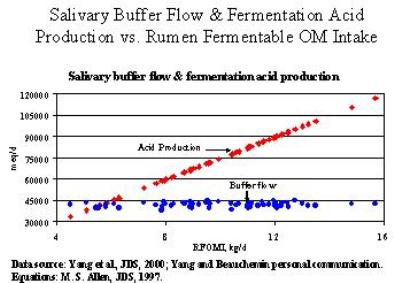