The Natural Resources Conservation Service has adopted a practice standard called Feed Management (592) and is defined as “managing the quantity of available nutrients fed to livestock and poultry for their intended purpose”. The national version of the practice standard can be found in a companion fact sheet entitled “An Introduction to Natural Resources Feed Management Practice Standard 592”. Please check in your own state for a state-specific version of the standard.

The front and back end of an animal is connected. While this principle seems obvious, it has historically been ignored in nutrient planning procedures. This fact sheet describes tools that allow integration of feed management and animal performance into nutrient planning processes for animal feeding operations.

Contents of the Manure Production Standard

An ASABE committee of animal scientists and agricultural engineers developed predictive equations for estimating manure excretion for five species (beef, dairy, horse, poultry, and swine) and “typical” characteristics for excreted and as-removed manure. The standard is found at ASABEfollowed by a search of “Standards” and “Title” options for “Manure Production”. The ASABE standard includes seven sections.

Section 1 lists a new “typical” characteristics tabular summary for individual species and groupings of animals. See Tables 1 and 2.(PDF file) These values should provide a reasonable estimate of excretion for animals in the year 2000. As time passes, published typical values become less accurate and should be used with caution for individual herds or flocks. Differences in genetics, feed program, and animal performance between individual farms create a potential for errors when typical values are applied. They may have value for preliminary nutrient planning estimates but should NOT be used in final farm-specific nutrient management plans.

Sections 2 through 7 define the equations for cattle, dairy cattle, horses, poultry (separate sections for meat birds and layers), and swine, respectively. Equation based estimates are provided for all species groups for dry matter, N and P excretion. Equations for estimating additional characteristics are available for some species.

Section 8 of the new standard summarizes As-Removed manure characteristics. The work group summarized a wide range of data sets for inclusion in this section. These values can be beneficial for estimating storage volumes and manure application rates when no other farm-specific information is available. However, when farm specific manure samples are available, they are preferred.

Tables 3, 4, and 5(PDF file) illustrate excretion estimates for beef, swine, and dairy calculated from the new equations. Some of the more dramatic differences between the current ASABE and other standards are associated with P and total solids excretion. These differences tend to become larger as emerging feed technologies reduce nutrient excretion and as feeding of by-products of corn processing and other food processing industries become increasingly popular. To illustrate the importance of the new ASABE standard for farm specific estimates, comparisons are illustrated below for three species.

A comparison of excretion characteristics estimated by the new ASABE standard with past standards (Table 3, Rows A-C) suggests that previous estimates are in reasonable agreement for N excretion but in poor agreement with P excretion. A significant effort to better match beef cattle rations with phosphorus requirements has reduced P excretion substantially.

Table 4 illustrates the importance of a standard that responds to emerging feeding strategies (Table 4, Row C). Diets based on use of crystalline amino acids and phytase have the potential for lowering dietary CP and P levels and N and P excretion. A low CP diet would produce N excretion levels up to 40% less than new standard typical value. Low P diets would reduce P excretions levels by 33 to 40% from new typical values.

The proposed ASABE equations complicate the process of estimating nutrient and solid excretion. Software tools based upon these equations provides one option for improving the utility of equations and their application to farm specific CNMPs. Two spreadsheet tools use the ASABE estimate of excreted nutrients as a basis for estimating land requirements for managing manure nutrients. A Nutrient Inventory comes with instructions and a one-hour video discussing its application (available at University of Nebraska Comprehensive Nutrient Management Planning). A second tool nearing completion (FNMP$) will estimate land requirements, cost and time required for land applying manure, and potential economic benefits of manure nutrients (will be available at the same web site).

A simplified hand calculator of nutrient excretion was introduced in a MWPS publication, Manure Characteristics (Table 6). It uses a mass nutrient balance procedure for estimating excretion for beef, dairy, poultry and swine. It provides a simplified approach that produces similar answers to procedures used in the ASABE standard.

The information requirements of the new standard are greater than with past standards. Farm specific information is needed for animal performance ( e.g. weight gain or milk production) and feed program (dry matter intake and nutrient concentration). Those input requirements are summarized in [media:Table7excretion.pdf | Table 7]].

Most nutrient planning processes follow a step-wise procedure similar to that illustrated in Figure 2. At this time, the equation-based estimates of solids and nutrients will have their greatest utility in the strategic or long-term planning. These strategic plans are of greatest value to a new or expanded facility or when a regulatory permit is being assembled.

Figure 2 illustrates a second critical planning phase, the Tactical or Annual Plan. For decisions such as manure application rates, timing, and location, constantly changing conditions such as weather and residual soil nutrients must be considered. On-farm data such as manure samples will likely be of greater value to annual planning processes than the predictions made by the new ASABE equations 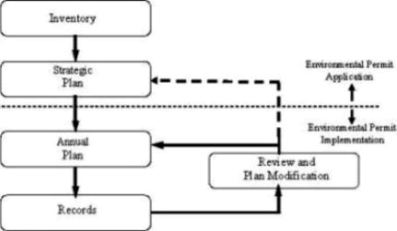 Improvements in nutrient excretion estimates offered by the new equations should improve the accuracy of farm-specific planning for:

To follow the references in this article, it is recommended that you print these four PDF files and refer to them at the appropriate places in the article.
Tables 1 and 2
Tables 3, 4 and 5
Table 6
Table 7

This fact sheet reflects the best available information on the topic as of the publication date. Date 5-25-2007