Two of the biggest headaches, as well as financial drains, on a modern dairy farm are calving complications and stillborn calves. Heifers and cows that go through a difficult calving tend to have impaired health, fertility, and production in the following lactation. Death of the calf or its dam can also occur, and calving difficulty is a leading cause of stillbirths. However, many normal-sized calves that are born without complications are also stillborn or die shortly thereafter. Substantial variation exists between sire families for both the direct (sire of calf) and maternal (sire of cow) aspects of calving difficulty and stillbirth rate, so these traits can be included in our genetic selection programs.

National genetic evaluations for sire calving ease, which measure the tendency of a service sire to produce calves that are larger or smaller than average, have been available since 1978. The primary use of sire calving ease information has been to choose which service sires to avoid as mates for virgin heifers. Evaluations for daughter calving ease, which is a measure of the ability of a bull’s daughters to calve without difficulty, became available in 2003. National genetic evaluations for service sire stillbirth rate and daughter stillbirth rate became available in August 2006. These traits can be used to identify mating sires that tend to produce more live calves, as well as bulls whose daughters tend to produce more live calves, respectively. At present, these traits are evaluated in the Holstein and Brown Swiss breeds.

Calving ease scores and stillbirth data are collected through the National Association of Animal Breeders (NAAB) calving ease program. These traits are recorded by dairy producers, and this information can be passed along to a Dairy Herd Improvement (DHI) supervisor manually, or it can be transmitted to a dairy records processing center or artificial insemination (AI) stud electronically.

Approximately 1.2 million calving ease records are reported each year. Table 1 shows the scoring system for calving ease, which is also commonly referred to as dystocia.

Calving ease scores should be assigned using the scale given in Table 1. Most farms will have far more births that receive scores of 1 or 2 than births that receive scores of 3, 4, or 5. If a heifer or cow calves normally without anyone noticing (or assisting), the birth should typically be scored as 1. If a Caesarean section is needed, the birth should be scored as 5. It’s best if the person who actually supervises the maternity pens assigns the calving ease scores, rather than his/her manager or supervisor. Figure 1 shows the distribution of calving ease scores for first and later parity dams in a typical herd. 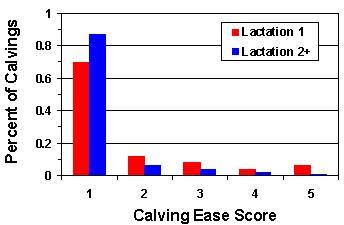 Figure 1. Typical distribution of calving ease scores in Holsteins, by age of dam.

As shown in Figure 1, the majority of births receive a score of 1, indicating that no assistance was needed. Difficult calvings are much more common in first-calf heifers than in older cows, and bull calves are usually larger and more problematic than heifer calves. For purposes of genetic evaluation, calving ease scores are divided into two categories: Scores of 1, 2, and 3 indicate relatively easy births, and categories 4 and 5 indicate difficult births. Twin and triplet births are excluded from the genetic analysis, and results are expressed as the expected percentage of difficult births in calvings of first-calf heifers. Because semen of each AI sire is used in hundreds of different herds, it’s possible to separate the direct and maternal calving ease effects mathematically, even though only one score is reported for each birth (i.e., the farmer doesn’t need to assign a separate score for the calf and the cow).

Despite the 25-year history of the NAAB calving ease program, many farms still record this information incorrectly. The most common tendency is for producers to try to create a “normal” or “bell-shaped” distribution of calving ease scores. With these herds, the majority of births are scored as 3, with relatively few scored as 2 or 4 and very few scored as 1 or 5. Figure 2 shows an example herd that was excluded from the national calving ease evaluations. 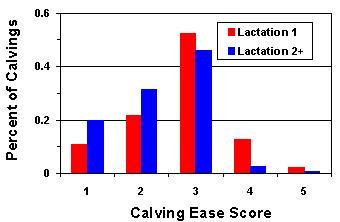 Figure 2. Distribution of calving ease scores for an example herd that was excluded from the national calving ease evaluations due to improper data recording.

Other common problems include: reporting most of the births as 1 or 5, with very few scores of 2, 3, or 4, or reporting of scores that are more or less equally distributed across all five categories. Reporting calving ease scores incorrectly not only reduces the accuracy of sire evaluations, it also jeopardizes a herd’s opportunity to receive incentive payments from AI progeny testing programs. Remember, just score the births as described in Table 1.

Information about stillbirths, also commonly referred to as calf livability or perinatal survival, is also collected through the NAAB calving ease program. Currently, about 375,000 stillbirth records are reported each year; however, this represents only one-third of all births reported within the calving ease program. Stillbirth data can be recorded using three categories, as shown in Table 2.

It is important to note that Table 2 shows three categories for recording stillbirths, but some software programs allow only the reporting of two outcomes: dead or alive. In this case, the categories for “dead at birth” and “dead within 48 hours” are combined. This doesn’t present a major problem, however, because categories 2 and 3 are combined prior to computing sire evaluations anyway. Therefore, if you have the opportunity to report scores in three different categories, you should do so, but if only two categories are available, that’s OK. The distribution of stillbirth observations for a typical herd is shown in Figure 3. 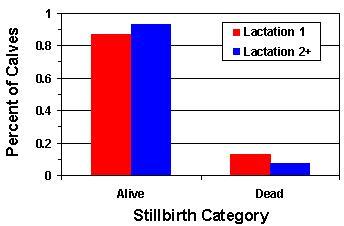 Figure 3. Distribution of stillbirth scores for a typical herd.

For a herd that uses DairyComp 305 software, calving ease scores can be entered on the 1 to 5 scale shown in Table 1, using the drop-down menu that appears when a FRESH event is added to the cowfile for a particular animal. An additional drop-down menu allows the recording of sex and livability for each calf using the following categories:

Calving ease and stillbirth records are generated when data are extracted by a DHI tester or AI stud representative. If your installation of DairyComp 305 does not allow the recording of calving ease or calf sex and livability, contact your DairyComp consultant or a representative of the cooperating AI stud (i.e., for a progeny test herd). If you do not have an on-farm computer, but your DHI field technician uses DairyComp, it is possible for the technician to enter calving ease and stillbirth data using the codes listed above. However, in such cases it might be impossible to distinguish between calves that are stillborn and calves that are born alive but die before tester arrives if both groups of calves are assigned the same code (i.e., code 4 for females and code 7 for males). One option might be to code calves that are born alive and die after 48 hours of age, but before the DHI field technician arrives, as “live, but don’t add to cowfile” (i.e., code 3 for females and code 5 for male) to distinguish them from stillborn calves.

For a herd using PCDART, calving ease and disposal code are reported with the cow’s fresh date. The drop-down box in the sex-disposal category will list available calf sex/disposal codes:

It should be noted that both calving ease and birth disposal codes can be reported as outlined above in herds where the DHI field technician uses PCDART, even if the herd does not use an on-farm computer.